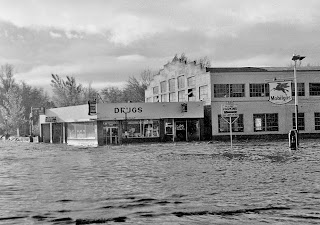 Standing in front of the Delucchi Building, built in 1948, it’s hard to imagine that Lake Street was once the center of Reno’s rich cultural heritage. You are steps away from the city’s long-gone Chinatown and at the portal to a neighborhood once known for its Italian hotels, Spanish hotels, Basque hotels, Jewish clothing stores and Jewish pawnshops, Chinese laundries, and hole-in-the-wall restaurants of a dozen nationalities. The first to settle in the area near today’s First (originally called “Front”) and Lake Streets were members of the Chinese community. Early maps locate Chinatown southeast of the current intersection of First and Lake Streets, on the north bank of the Truckee River. In the early years, Lake Street didn’t connect to Front Street, allowing the town’s primary business district to be kept separate from Chinatown. Front Street was only developed commercially in the years after 1904, when the two streets finally linked.

In the decades to come, more structurally sound brick structures moved eastward and southward from the central business district, including the Reno Garage, which took up most of the southern side of East First Street from Center Street to Lake Street.

The DeLucchi Building is one of the few vestiges of Lake Street’s ethnic roots (the Santa Fe Hotel being another), reflecting the strong Italian influence on the neighborhood. Builder Leo Delucchi was from a longtime Huffaker-area ranching family whose name still graces a lane near their original property in south Reno.

The building had four tenant spaces: two each facing Lake Street and First Street. For decades, the corner housed Cerveri and Goodin Drugs (later Cerveri Pharmacy), popular for its soda fountain and wide array of goods. The store, like many in downtown Reno, was severely flooded in 1950 but reopened days later. It finally closed its doors in 2000.

Other tenants through the years included a maternity shop called Stork Date Apparel, a beauty school, and a popular bar called The Phone Booth, whose vivid neon sign is now on display at the Nevada Historical Society. 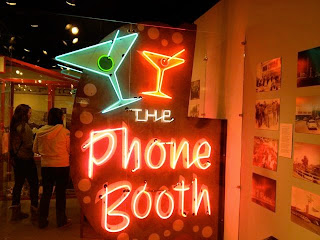 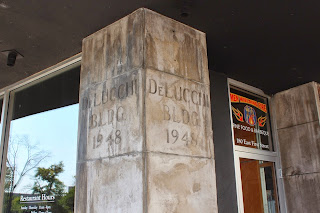 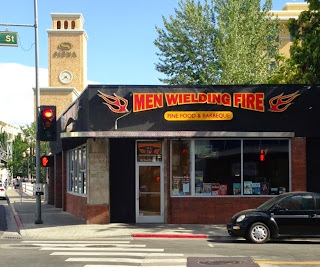