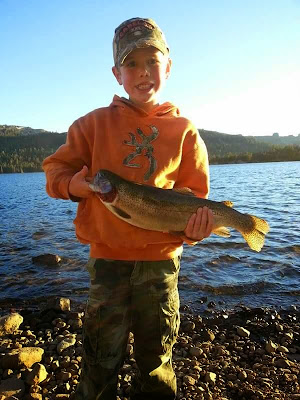 Connor McEwen is like so many other 7 year old boys. He enjoys playing soccer, baseball, camping and fishing. He stays very active and busy like so many other young boys. That all changed in July 2014 on a family camping trip to Lake Tahoe.

Connor was riding his bike when he took a bad fall. A quick trip to the Emergency Room showed he had fractured his elbow. We were soon to learn that he would require surgery to correct this. A routine surgery with pins placed in his elbow and followed by a cast for 4 weeks.

On the day of the surgery, Connor had elevated blood pressure, with little concern surgery was still performed. Complications were soon to follow. Connor experienced extremely high blood pressures in recovery. The Doctors concern lead us to have a follow-up with his primary care physician the very next day. After weeks of monitoring the blood pressure, the family learned it was extremely high for a child and Connor was placed on medication. Specialists and testing became a weekly routine for Connor, along with trying to keep a 7 year old active little boy, less active, until a diagnosis could be made.

On September 8, 2014, Connor was diagnosed with Renal Artery Stenosis. This means that the artery to his left kidney was constricting, causing severe high blood pressures. It was also discovered that he has 2 arteries that connect to each of his kidneys. Connor is only 1% of the population who has been diagnosed with this. Because of the unique condition the family was sent to Las Vegas to attempt to correct the problem. On September 22nd, an angioplasty was performed, but unfortunately it did not work.

The family is now being faced with hard facts and because of Connor’s rare condition, they are looking to go to Specialists in the state of Michigan. Because of the overwhelming costs outside of what the insurance is willing to cover, they are now reaching out to their family, friends and the community for help.

These are the bands that are lined up for this night:

We will also be having a raffle so if you'd like to donate a prize that would be greatly appreciated!!

You can also donate directly to the family here.
Posted by Jesse Lee Reno 1422 at 10:11 PM