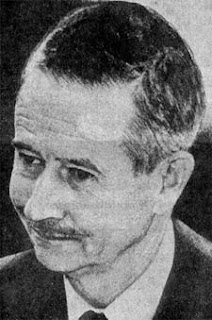 LaVere Redfield was born in Ogden Utah on October 29, 1897. Although not much is known about this colorful personality’s youth, what is certain is that Redfield was born into abject poverty. As a young adult he made a meager living as a potato farmer, planting and digging up spuds in Idaho. A few years later, at the age of 24, he was able to move up the financial ladder employed as clerk in a department store in Idaho. It was here that he met and married his wife Nell, a coworker. After saving some cash the couple moved to Los Angeles during the dawn of the Great Depression of 1929. It was in the Golden State that the enterprising Redfield made it big as a securities broker. Redfield seem to have a knack for buying and trading stocks that he deemed undervalued. By 1935 when most of the country was still slowly working its way out of the Depression’s squalor, he was a millionaire. Much of his money was being shrewdly invested in real estate, including a massive 51,000 acre estate near Reno, Nevada. It was here in Nevada that Redfield’s claim to numismatic folklore and fame really began to take shape. 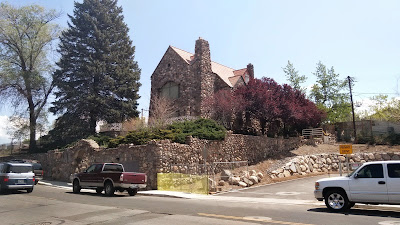 In the late 1930s Redfield purchased a large stone house in Reno Located here, a rather unpretentious but large three-story home containing 15 rooms. Redfield distrusted banks with a passion and kept large amounts of cash and coins in his house. Call it a hobby, call it a diversion fueled by the distrust of paper currency and the government, Redfield began to frequent the local banks in Reno and buy bags of US silver dollars. At this time US silver dollars could be bought for face value and were sold by most banks. Redfield began to accumulate bags of silver dollars each containing 1,000 coins. He would collect them in his old dilapidated pickup truck and stockpile them in the basement of his home. Word spread around town that this character wearing ripped jeans and cheap shirts was no longer the perceived transient, he was the “hard-money” man; a well versed investment mogul. Over time the fastidious Redfield converted the majority of his liquid assets into silver dollars. 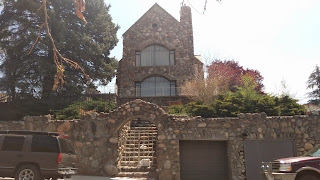 Apart from banks, Redfield’s main supplier of silver dollars was dealer B.A. Brown of Fallon Nevada. Brown supplied Redfield with numerous better dates as well as San Francisco and Carson City mint pieces. Through the ensuing decades, Redfield would accumulate hundreds of bags of US silver dollars, always preferring to purchase fresh uncirculated coins for his hoard. However, by 1960 Redfield’s mistrust of the government came to a head. Embroiled in legal proceedings with the IRS, he was indicted for nonpayment of some $335,000 in income taxes. The frugal and eccentric Redfield decided to save money by not retaining an attorney and defended himself. Ultimately he was found guilty, serving 18 months of a five-year sentence at Terminal Island, California. Upon his parole Redfield went back to his silver dollar quest and by this time word about his fortune had spread around Reno. In 1963 his “stone palace” was burglarized and it is estimated that approximately 100,000 silver dollars were taken. At this time Redfield decided to build a false wall to hide his remaining silver dollar stockpile.

In 1972, Redfield left a will leaving half of his assets to his wife and another half to a niece. On May 20, 1974 Redfield was incapacitated by a stroke and died in September the same year, he was 77. Yet almost up until his death, Redfield continued to squirrel away silver dollar bags, dropping them unceremoniously down an old coal chute into his basement. Nonetheless, soon after his passing the IRS seized the opportunity to audit his estate. As federal agents searched the Redfield home, the false wall was discovered and removed. One source chronicles that the false wall in the basement was discovered through a note found by an IRS agent, which was left in a conspicuous spot in the basement by Redfield. The hand written message told of the hoard, and implored the discoverer not to alert the IRS. Unfortunately Redfield’s request was not met as lying behind the false façade was a silver stash like none other- 400 bags of silver dollars, 400,000 coins, the total weight of the silver dollar hoard was over 11 tons most of which had been sitting on the basement floor for decades. The majority of the silver dollars were Morgans, although a solid representation of Peace Dollars were present too. Many of them were still in their original Mint bags. The precise inventory of the “Redfield Hoard” has never been revealed. Although a number exceeding 351,000 of the silver coins found, were uncirculated.

Due to some lengthy litigation and jostling for position amongst several coin dealers, “The Redfield Hoard “ was not put up for auction by the probate court until January 27, 1976. There were so many silver dollars the massive lot could not be properly examined by the potential bidders. Bidding commenced at $5.7 million and it appeared a bid of 7.2 million placed by Bowers & Ruddy Galleries would take away the prize, however when the hammer fell Steve Markoff of A-Mark Corporation purchased the entire lot for $7.3 million. It has since been estimated that the wholesale value of the Redfield Hoard of silver dollars was about $20 million at that time. So as to not flood the coin market with this huge number of coins, Markoff employed a three-year liquidation plan with a well-conceived marketing promotion, thus ensuring the coin industry would see only a negligible effect. Several major coin dealers handled the retail marketing of the Redfield Hoard. Most of the coins in the Redfield Hoard were Morgan Silver Dollars. Some of the more noteworthy uncirculated dates of Morgan Dollars found in this hoard were 1892-P, 1893-P, 1893-CC 1879-CC, 1889-CC, 1895-S, 1896-S and the 1903-S. The most notable of the Peace Dollars segment found in the hoard were the 1925-S, 1927-S and 1928-S.

Although it’s been over 30 years since the last of the “Redfield’s” have been liquidated, numismatists and history buffs throughout the world are still anxious to discover one of the silver dollars that was part of the LaVere Redfield Hoard. 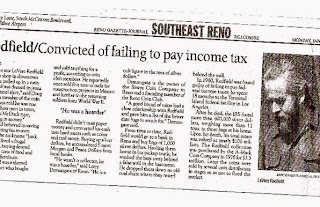