In 1905, the Seattle-based Rainier Brewing Company announced plans to construct a bottling works and distribution center one block from the established Reno Brewing Company. Located near the railroad tracks at what is now 310 Spokane Street, the structure required a sizeable investment of thirty thousand dollars for construction and equipment, including expensive boilers shipped from Chicago.

Disaster was closely averted in October 1905, just days before the scheduled opening, when a fire, believed to be arson, broke out in the cellar. A Reno Brewing Company watchman discovered the flames while making his rounds up the street and called for assistance just in time.

Rainier Beer was originally shipped to this plant from the company’s Seattle brewery via railroad, and unloaded directly from a spur track to a platform on the building’s south side. The complex included cold, keg, and barrel storage as well as the foreman’s living quarters and stables for the delivery wagon horses.

In 1914, the state of Washington voted to prohibit the sale or manufacture of alcohol, forcing all its breweries to dismantle their operations within a year. In 1915, the brewing of Rainier Beer shifted to San Francisco. The company survived national Prohibition, but the Reno bottling works was forced to diversify its range of products. In 1919, Nevada Supply Company operated from the building, selling non-alcoholic beverages including Rainier’s near beer, a beer substitute called Becco, Brown’s Celery Phosphate, carbonated apple juice, and maple syrup. It also rented out storage space for refrigerated and non-refrigerated food items.

The Rainier plant went on to house a number of businesses from Nevada National Ice and Cold Storage Company to Ice House Antiques. The building was added to the National Register of Historic Places in 1980. Today, it is home to the Spice House Adult Cabaret. 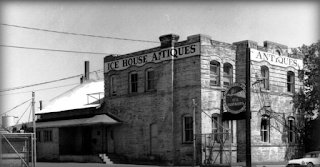 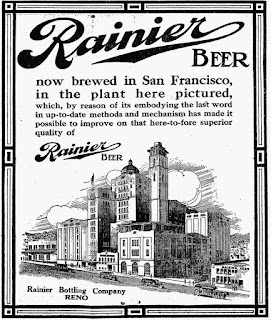 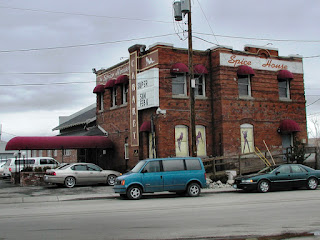